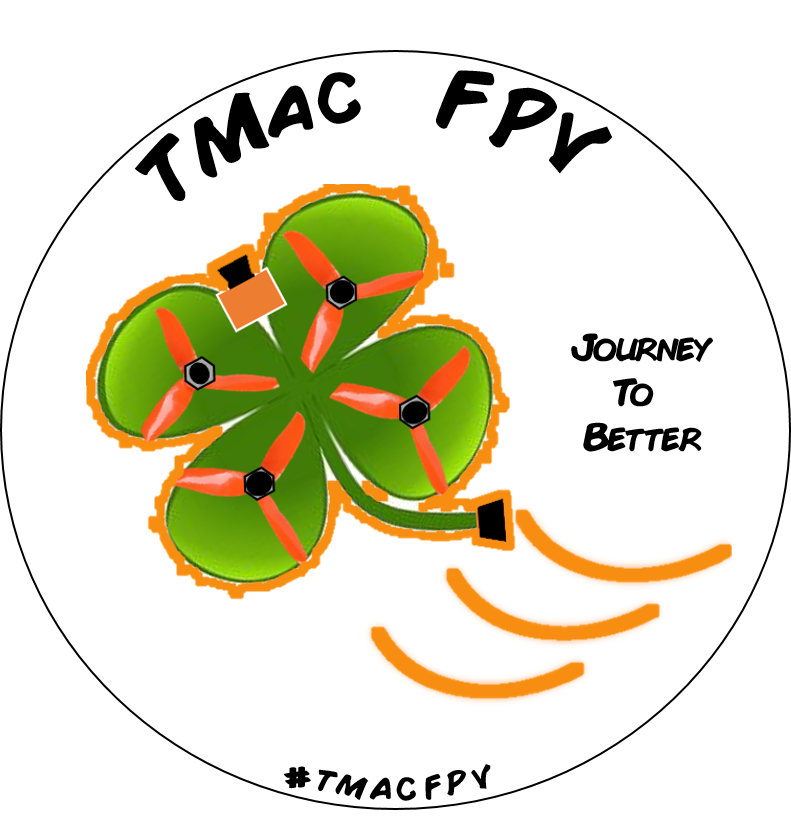 Since we're talking about Micro FPV Drone builds, we're really only going to be looking at FCs & separate ESCs that have a 20x20mm mounting pattern OR a combined all-in-one (AIO) FC/ESC that has both on one board. These usually have a mounting pattern of 25.5x25.5 - 26x26 and are sometimes called AIO "Whoop boards" or "Toothpick boards." Don't be fooled by this nomenclature as recently these AIO FC/ESC boards have become more and more powerful/robust and can be used easily on Micro FPV Drone builds other than "Whoops" or Toothpicks." When you're able to combine both the FC & ESC onto one board you'll tend to have both a space & weight savings with your build. I believe these AIO boards are actually the future for FPV quads and I'll be using them in my builds as much as possible.

FCs & ESCs (like the other components) come in many different "flavors." Some have F4 processors, some have an F7 processor, while still others have an H7. If you don't understand these yet, no worries - you will soon! In fact, there are many things to consider before you purchase a flight controller & ESC combination (much better to consider them before-hand than after you get it on the workbench and realize it doesn't have the capability you need!).

Rather than attempt to explain everything in text format here, I've included a short video below describing the features I consider important for both flight controllers and ESCs. I also explain a little bit about the anatomy of flight controllers (like the difference between an F4 and F7, what the heck UARTs are, etc.).

Near the bottom of this page, I've included based on my experience & research a few of my favorite Micro FPV flight control stacks. 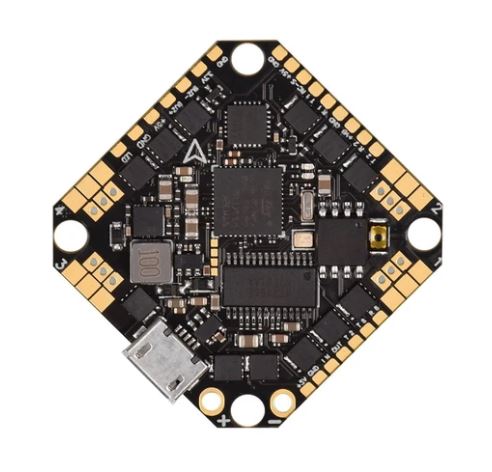 I've got this one in 3 of my Micro FPV Drone builds to include my Pygmy Rattler that has over a 17-minute flight time! On each of these builds I've got a Crossfire receiver installed, a GPS module, and an external self-powered buzzer. Been flying them for a long time with zero issues & no worries. It just works! Oh yeah, I've got it powering my onboard GoPro Lite too! 6.63g 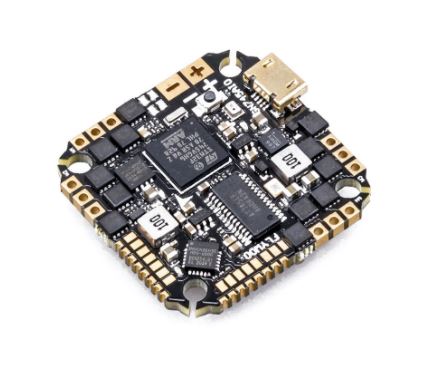 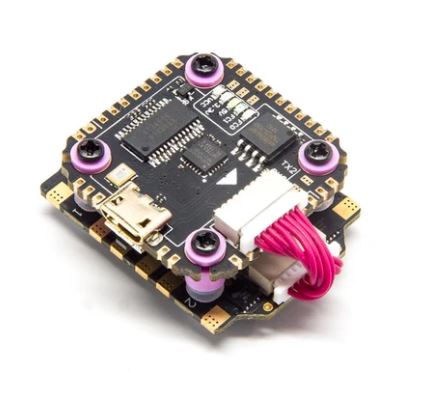 Lot's of "bang for your buck' here.

Newer versions come with a 40A ESC.

I've got this combo installed on my Rattler XF build and it works flawlessly! 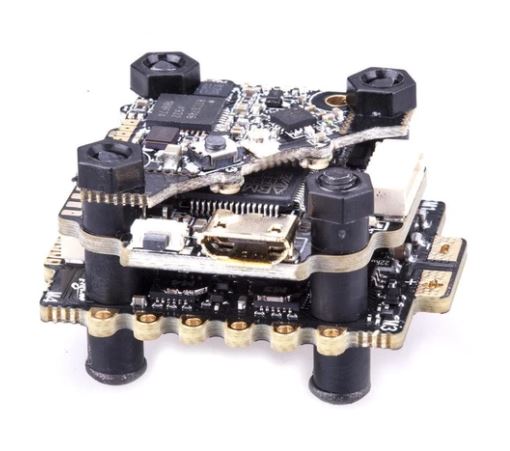 Solid stack and this one comes with its own 450mw VTX!